Following my last K2 column, I got a lot of queries regarding the highly-rated, relatively affordable Samsumg Galaxy Grand smartphone: Will it support 3G in Bhutan?

Well, if we look up the phone's specification on gsmarena.com, we'll find the following (the snapshot is from the Samsung Galaxy Grand Duos I9082 (dual-SIM) version; the I9080 (single SIM) 3G specs are identical):

The phone's packaging will show the exact bands supported, as you can see below. In this case, the phone supports 900, but not 850 - so it will NOT support 3G in Thimphu and and a few other locations in Bhutan. 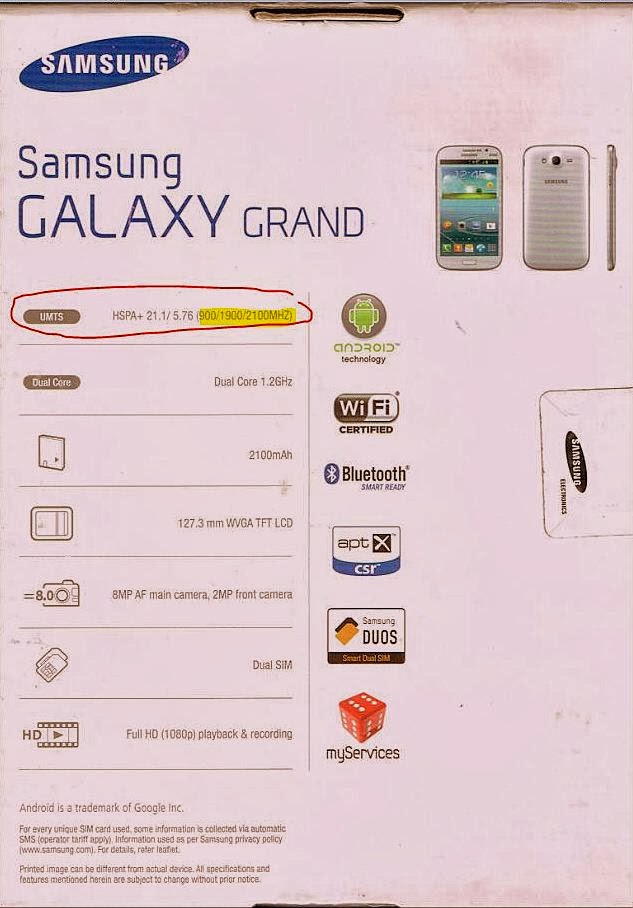 Email ThisBlogThis!Share to TwitterShare to FacebookShare to Pinterest
about 3G, BICMA, Mobile