Is it Really Easier to Do Business in Bhutan?

Creating an environment conducive to businesses is a top priority in Bhutan. The private sector is where jobs are created. That's why the World Bank's annual Doing Business report, which includes the famous Ease of Doing Business ranking, is a yearly ritual that businesspersons, investors, decision makers - and the public - are watching carefully. The report for this year was published on Thursday.


This year Bhutan's ranking was #125. Last year Bhutan was ranked #148. The media and the government were quick to celebrate. Friday's cover story in the Kuensel, Bhutan's national newspaper announced: 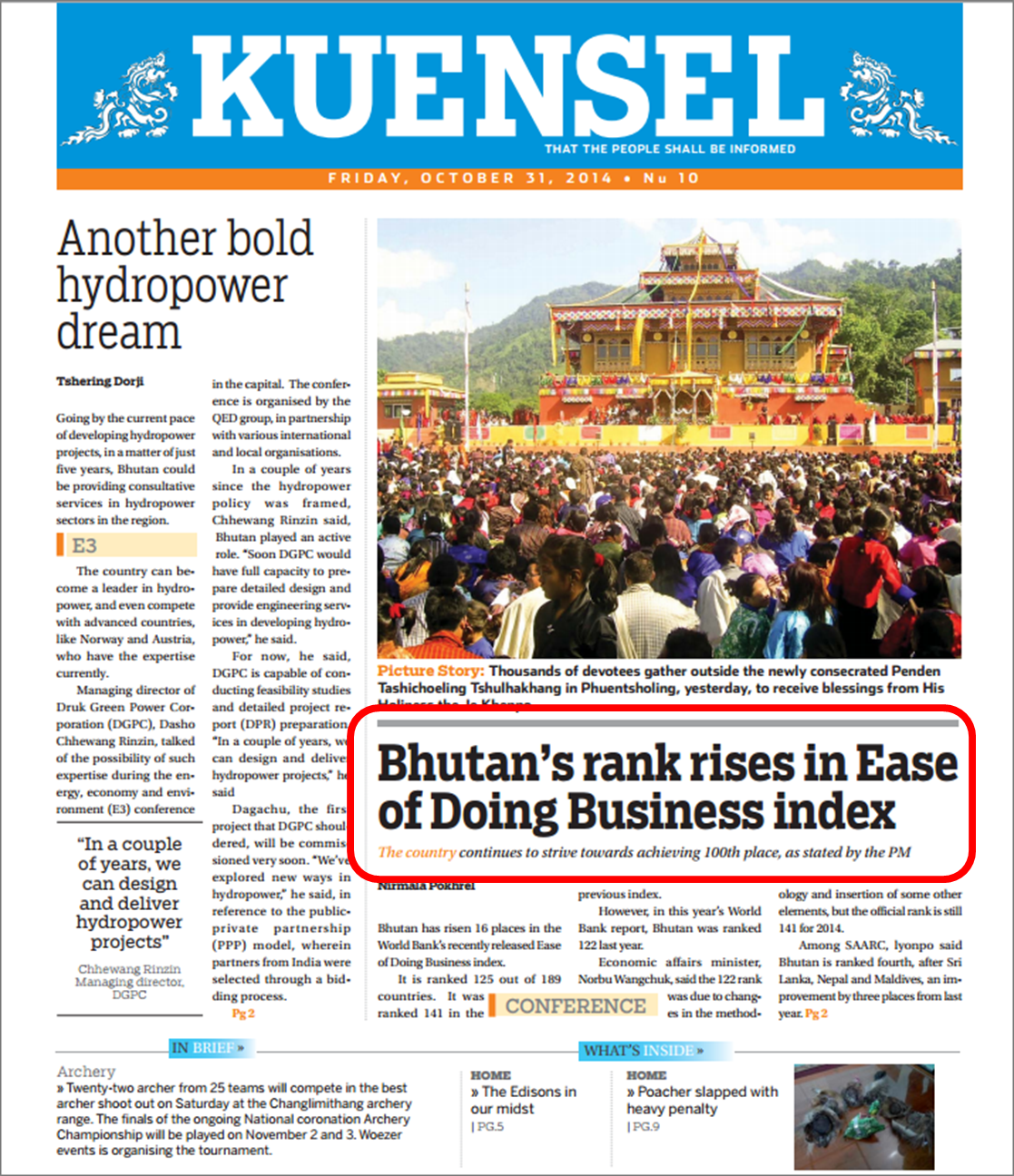 BBS, the Bhutan Broadcasting Service, was quick to follow, claiming that the "ease of doing business in Bhutan has upped by 16 places". 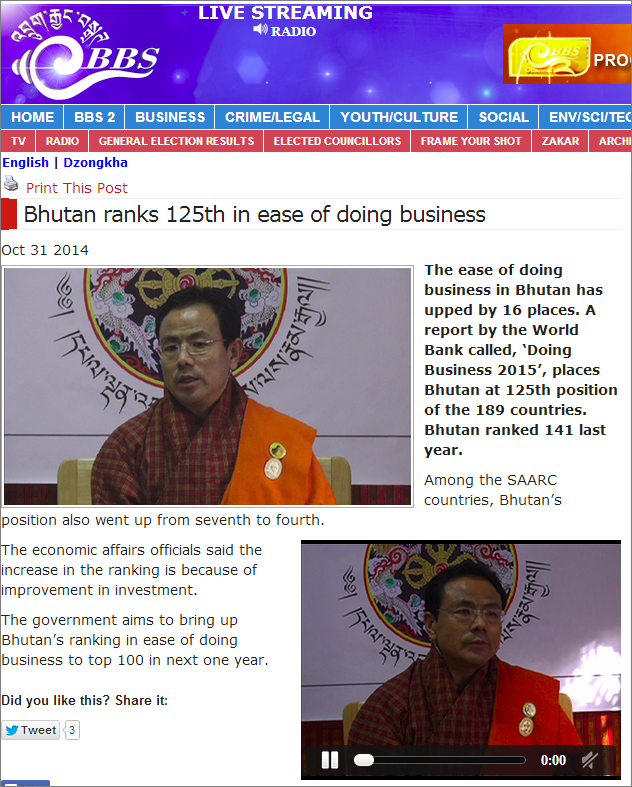 But is it really easier to do business in Bhutan this year compared to the previous one? Did things really change for the better so fast? The answer, according to the World Bank, is NO. The World Bank changed the ranking methodology and the data used in its calculations. Thus, comparing the two rankings is like comparing takins to yaks. The World Bank is very clear on the topic in their press release:


“We want people to be aware this is a different report and that we’re measuring new areas we weren’t measuring before,” said [project manager] Ramalho. For that reason, the report cannot be directly compared with last year’s, she said.  (The 2014 rankings have been recalculated based on the new methodology and are available on the website.)" (Read the full story)

On the World Bank website last year's ranking is recalculated using the new formula to allow for meanigful comparison with this year's ranking. Let's take a look: 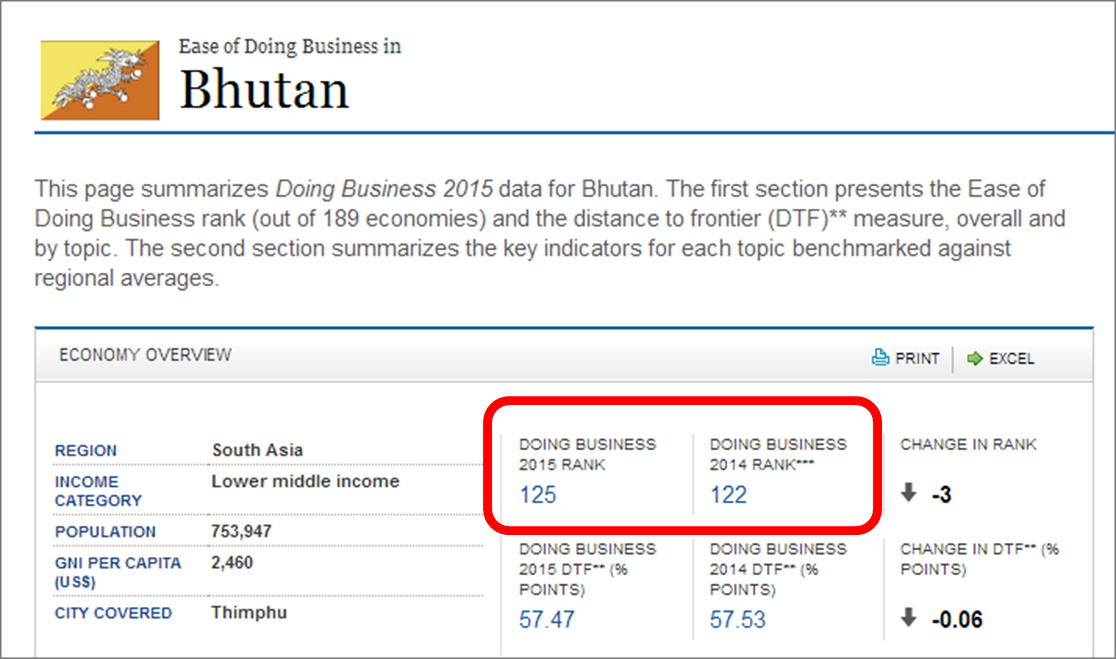 "However, in this year’s World Bank report, Bhutan was ranked 122 last year... Economic affairs minister, Norbu Wangchuk, said the 122 rank was due to changes in the methodology and insertion of some other elements, but the official rank is still 141 for 2014."

Unfortunately, despite acknowledging the problem, the article marched on:


"In a press conference yesterday, lyonpo said the improvement is significant...It indicates that doing business in Bhutan is improving and we’re making a move for further improvement,” he said.

Unfortunately, whatever improvements were made by the government in the recent year, they did not raise Bhutan's ranking. It's the media's responsibility to make this known.
Posted by Boaz

Email ThisBlogThis!Share to TwitterShare to FacebookShare to Pinterest
about Small business, World Bank